Artist: Microbit Project
Title: Gently Buzz
Catnmbr: SPNet07
Label: SP Net
Keywords: Microbit Project, Electro Punk, Techno, Breakbeat, Chiptune, Experimental, Lowbit, EugeneKha, Flat Affect, Graffiti Mechanism, Proc Records, 4m@, C4, Noise, Ambient, Abstract, Dark Ambient, Myst, Soundscapes, Score
Reviewer: Alex Spalding
I would just like to take a moment before starting this review to say that it makes me happy to see the game Myst popping up in the keywords of some of the SPNet releases I’ve reviewed. So nostalgic!
Moving on, Microbit Project is a… project, if I may be redundant. And as you may have also easily realized, it’s a lobit project. Formed by Russian artist Evgenij V. Kharitonov, it’s purpose has been to explore sound possibilities within the range of 8 to 64 Kbps. Yeah, I know, I could have been a private investigator in another life. What all of this doesn’t tell you, however, is that this album is pro. Lo-bit, but hi-art.
The first track, ‘Bhatga’, is a perfect example of dark ambient music. It begins with a low hum, reverberating at times so greatly that the sound of it can at times feel like a chasm. Static creeps in like a television with poor reception, but it’s use is perfectly subtle and makes for an interesting contrast with the space created by the hum. You feel like you’re standing in the hall of an abandoned hospital and reality is breaking down. Ghosts pass through you frequently. Twice, a lone bell rings.
Track two, ‘Dark Logo’, is more dark ambient drone. The static has stayed, possibly a brilliant and purposeful by-product of the rendering of sound at low bitrates. Higher frequencies enter the picture at one point, but eventually the tones descend and some crisp pops echo out. Toward the end, a menacing buzz makes it’s presence known. Another very effective piece of audio phantasmagoria.
‘Deep Sex’ (and really, is there any other kind to be had?), is a smooth bassline and with accompanying bass click. Then, to your surprise, a creepy soundscape floats in. The audiophile in me was impressed with this track.
The next piece is ‘Droning Sky’. True to name, it is a drone track. A down-pitch siren, either in mourning or in warning, enters the headspace created by the drone toward the end. If it were reinterpreted as psycho-acoustic, in a game or film, the result would be intensely surreal and frightening.
‘Light Isteria’ is a high-pitched drone with sizzling interference that eventually breaks down midway and re-emerges. Whatever this hertz range is, the effect is distressing. I loved it!
The sixth track is ‘FRRYXL 1004040′, a low, rumbling and distorted drone with a click that adds pace. The drone shifts, subtly but still perceptibly, and you wait for something to happen. That something is a noisy roar that fades in and sounds as though a gated evil is escaping from some unseen dimension. It exits with a scrape of noise and all that is left is the drone.
Following that one up is a track called ‘Sonic Mantra’. It’s a dark choir in Dagon’s temple. A sizzle of static returns, and reality shuts down. What is real? What is imaginal? Who am I? I don’t know how to answer any of these questions anymore, because there’s just too much sensory overload. A cacophony of aquatic-sewer electronics bring about the end.
‘Felicita’ is the finale, a cavernous drone of unseen, unknown proportions, folding space behind itself. At 12:23, it’s the longest track on the album, as well as being the most involved and metamorphic. The tone of the work shifts from dark to darker. At 5:34, a new, oblique drone forms and something akin to the sorrow of existential misery or horrifying like objective nihilism takes shape and surrounds us. At 8:46, a low horn emerges and remakes the world in it’s image. When all else disappears, the horn is the last thing you hear.
All things considered, this might be one of the best dark ambient / drone albums I’ve heard in recent years, comparable to or even surpassing anything someone well known in the genre like Lustmørd has ever done (all the better, as it’s free!). It’s the kind of album that makes you want to pick up a cheap cd player and take it out for a spin late at night while sitting alone in a graveyard. Or an airfield. 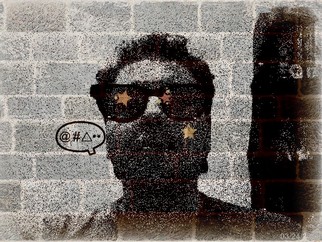